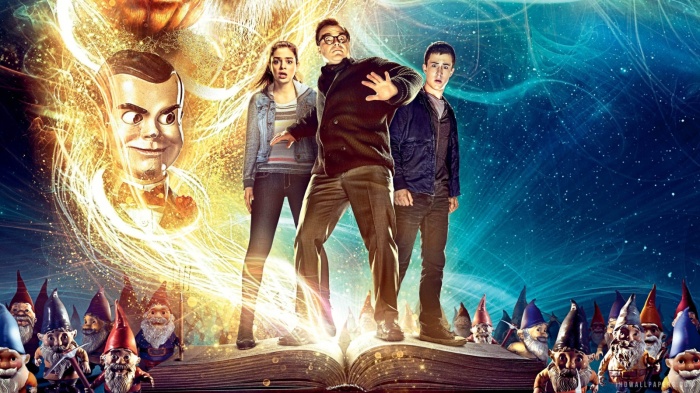 Anyone who grew up in the 1990s undoubtedly lost hours of sleep thanks to the Goosebumps franchise. R.L. Stine’s book series wasn’t first-rate literature, but it served as a kind of horror gateway drug, and for many of us, it was an early introduction to the joys of being scared. The television adaptation was just as spooky, airing on Fox Kids from 1995 to 1998. Think of it as a kid-friendly The Twilight Zone. Here was another half-hour horror anthology in which the twists were the best part, and though it might appear silly in retrospect, it was downright terrifying at the right age. Take a look back at the opening title sequence and imagine yourself as a 7-year-old child, hiding under a blanket fort in your bedroom illuminated only by the glowing TV screen, as you worry the monsters might climb out of the television set at any moment. That is a truly magical feeling.

Last year, Columbia Pictures brought Goosebumps back to screens with a big-budget film released in October. This was a perfect opportunity to give children everywhere a fright just in time for the Halloween season. With so many characters and storylines to mine from the source material, it sounded like a great idea. I went into the movie not exactly expecting it to be tailored to adult audiences, but instead hoping to appreciate a new story that would shock a new generation. I waited, and waited, and waited, and the scares never happened.

Read the full story at The Celebrity Cafe.