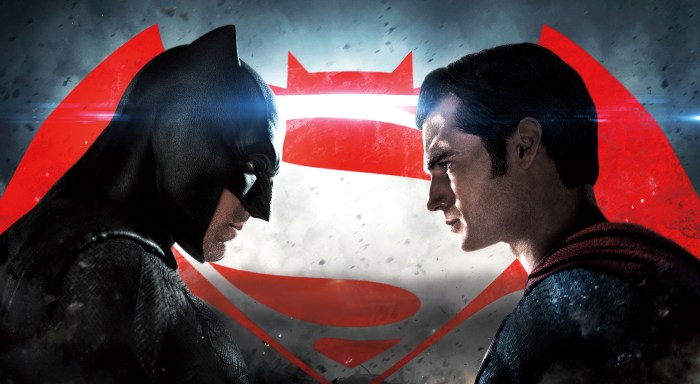 Next week, one of the most significant events in comicbook movie history will be taking place: for the first time ever, an on-screen brawl between Batman and Superman. Yet every few hours, I completely forget that the film is even coming out, and apparently I’m not alone. There seems to be very little buzz for Dawn of Justice 10 days ahead of its premiere, but everywhere I look, people I didn’t even know were into comicbook films are raving about the Captain America: Civil War trailer. What’s going on here?

I certainly don’t think Dawn of Justice will bomb, and in fact, the early ticket sales have already been impressive. Mostly, though, I just want to figure out why the heck I can’t get myself to care about this movie, as hard as I try.

One of the reasons, I think, is that this ostensibly massive event has had virtually no buildup. Batman v. Superman is the second film in the DC Cinematic Universe. Have we even had enough time to get excited? If Iron Man were released in theaters, and then The Avengers were the very next film in the MCU, would anyone give as much of a shit?

Personally, I doubt it. What made The Avengers such a huge deal was that it was the end of a years-long road, a cinematic touchstone first teased all the way back in 2008 and then finally given life on the big screen. If you had gone to see even one MCU film from 2008 to 2012, you knew The Avengers was coming. Everyone knew. Plus, we got to know each character individually, making it incredibly surreal and highly satisfying to see them join forces. Now that’s how you do it.

The only hero we know going into Batman v. Superman is Clark Kent, with whom we spent one unmemorable film three years ago. We’ll be meeting Batman, Wonder Woman, Aquaman, and The Flash, all in the same movie in which they also fight and then form the Justice League. Seems a bit rushed, don’t you think? Even if the film is somehow long enough so that the pacing isn’t totally off, DC just charged straight into this idea far too quickly for it to feel important.

To be fair, I do admire that DC isn’t simply copying Marvel’s formula by giving each superhero their own film before, years later, having them team up. But couldn’t the character introductions be spread out slightly more, allowing us to get ourselves hyped for one destination years down the road, i.e. the beginning of the Justice League? Maybe introduce Wonder Woman in a Man of Steel sequel, introduce Batman and possibly Aquaman and The Flash in a Batman solo outing, and then have Batman v. Superman serve as the fourth film. That way, DC would both be doing its own thing separate from Marvel by grouping a bunch of heroes together over the course of two films, but the audience would be fully invested by the time Dawn of Justice rolled around.

And yes, Justice League: Part 1 is in some way more of an analogue to Marvel’s Avengers. But Batman and Superman going at it should be just as significant, and that doesn’t seem to be registering with general audiences.

Oddly, another reason I’m not that thrilled for Dawn of Justice is the film’s marketing, primarily because it looks suspiciously as if I have already seen the whole damn movie. Seriously, here is a list of plot beats that occur all within the second Dawn of Justice trailer:

So uh, what’s left? The marketing has evidently outlined all three acts of the film including the inciting incident, the battles, and the lead-in to the final confrontation. Shouldn’t there be some level of mystery going on so we enter the theater feeling there are things about the movie we don’t know? At the very least, the reveal of Apocalypse and Wonder Woman could have been kept a surprise, right?

Look at the Star Wars: The Force Awakens marketing, which was enigmatic enough to keep fans in the dark, while still showing enough to have us going nuts. Buying tickets for Batman v. Superman feels like buying tickets for a film I have already watched in a shorter form several times over the past few months. And if you’re thinking “Well, that was Star Wars, so they could get away with it,” then, well, this is fucking Batman and. Superman! It should not be a difficult movie to sell, and leaving audiences with the impression that they’ve already seen the whole film might be why nobody’s really talking about Dawn of Justice. After all, what’s left to talk about?

I’ll be seeing Batman v. Superman next weekend, and I truly hope for good things. But if DC had played this right and set up their universe more effectively, Dawn of Justice could have become a momentous benchmark in comicbook filmmaking that you could not afford to not see on Thursday at 7. Instead, because Warner Bros. scrambled to throw together a cinematic universe without much tact and gave away seemingly everything in the marketing campaign, going to see Dawn of Justice feels like homework.