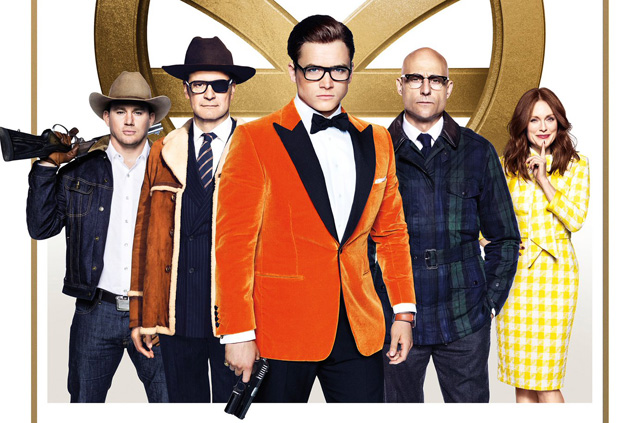 I went into Kingsman: The Golden Circle with incredibly low expectations thanks to the critical thrashing it received, but I ended up having a fun time at the theater. I honestly don’t see how it’s that much of a drop from the first one – well, except for two things about it that really bothered me.

*WARNING: This post will contain major spoilers for Kingsman: The Golden Circle*

The Harry Plot is a Complete Waste of Time 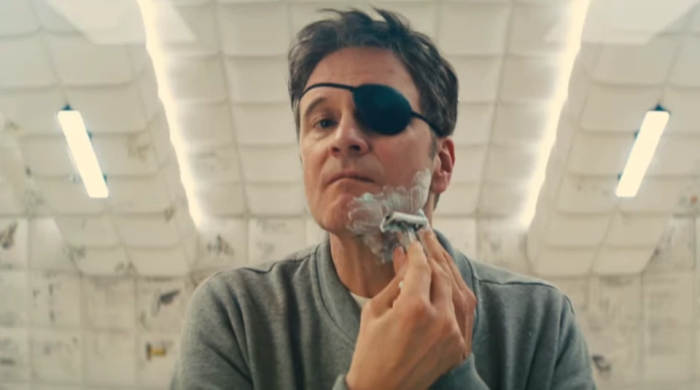 Back when it was announced that Colin Firth would be returning to Kingsman, I remember the general consensus among fans was that they should not spend that much time explaining it, having him return as if being shot in the head is just something that you can survive in this universe. That was probably a bit much, but I did assume the movie would be fairly quick about getting Harry back in the game.

Not only does The Golden Circle not do that, but it spends a huge chunk of the movie dealing with this incredibly boring storyline where Harry has temporary amnesia. This, in my mind, is the most catastrophic decision that was made during the writing of this sequel. Literally every single person in the theater knows exactly where this is going, and the movie continuing to stretch out “will Harry get his memory back” for an excruciatingly long amount of time is just a nightmare.

Besides, wasn’t this supposed to be the franchise that pokes fun at tropes and says that this is “not that kind of movie”? Now it’s seriously, non-ironically putting a temporary amnesia plot on screen in the year 2017? The movie doesn’t really have a creative spin for this cliche, and although it does lead to an effective scene involving Eggsy, Harry, and Harry’s dog, it’s not worth it.

This would be a slightly less serious issue if this were a 90 minute film we’re talking about, but this movie is almost two and a half hours long, and there’s so many subplots in it that receive short shrift. Was it really worth having multiple scenes of trying to trigger Harry’s memory rather than another scene developing Halle Berry’s character, for instance? Or giving Poppy a bit more to do than sit in her diner?

Besides, it’s not like Harry being “off” following his amnesia episode ends up being anything of significance since he turns out to be completely right in the third act. Oh, and even though Harry spends like a half hour of the movie not knowing who he is, with Pedro Pascal’s character, it takes 30 seconds.

The whole Harry amnesia plot should have just been completely excised. The movie can still build up to the reveal at the end of act one that he’s still alive, but have him know who he is pretty quickly. Maybe he can still have amnesia as a way to explain why he didn’t just return home, but have his memory return as soon as he sees Eggsy so we can move on to other things.

The Movie Kills People for No Reason

My other beef with The Golden Circle is the fact that it kills off characters for basically no reason and without much of a point. This begins in the first act, when virtually every Kingsman besides the central ones die, including Roxy. It was already a bummer how little Roxy got to do in the first movie, but she was still a major part of The Secret Service, and I was very much looking forward to seeing her get into the action even more in the sequel. Instead, she dies 20 minutes in after doing nothing but helping Eggsy impress his girlfriend’s parents. There wasn’t much emotion in her death, either, other than Eggsy sort of standing in the rain and drinking with Merlin, the latter of which is played for laughs. Roxy’s death just sort of feels like a plot point that we quickly move past, which is a bummer. Granted, it’s certainly possible she’ll return for the sequel.

But the big one is Merlin, who gets the heroic sacrifice moment in the last act. I had Merlin’s death spoiled for me ahead of time, and I assumed it would be the big emotional ending of the movie, kind of like (spoilers for Guardians of the Galaxy Vol. 2 coming up) the death of Yondu. But at least Yondu’s death truly felt like a sacrifice and like something that the story naturally built up to. Ego’s Planet was collapsing, and there was only one breathing apparatus.

Here, Merlin just dies because of a dumb mistake. Eggsy is literally walking around with a minesweeper, yet he somehow manages to step on a mine. Merlin uses some sort of weird freezing gel that gives him just enough time to take Eggsy’s place.

But hold up. Could they not have just taken a moment to talk this out and swap Eggsy out with a big rock or something? Do the Kingsman really have no technology at all that can disable a mine? When Merlin blows up, it’s played as this grand sacrifice not just because he switched places with Eggsy but because he took out some guards, except moments later the Kingsman really seem to have no difficulty at all taking out the guards, so it’s not like they needed that. Merlin only dies because of a dumb mistake that the movie lazily writes in there in order to manufacture a needless death.

Merlin’s death also could have really been a moment that gets everyone to cry like that Guardians of the Galaxy Vol. 2 ending, but instead, the movie quickly moves on and doesn’t really talk about him after that. What a waste.