Had a list of this year’s highest grossing films been sent back in time for an avid follower of the box office to look over in January 2018, it surely would not have been believed. Black Panther outgrossing Avengers: Infinity War domestically? Venom becoming the fifth highest-grossing film worldwide? The new Star Wars not even making the top ten?

But that’s just the way this year shook out, with tons of films shattering expectations and others being left out in the cold despite seeming like they’d be sure-fire hits. Before 2019 gets underway, let’s take a look back at the films this year that put up the most stunning box office performances — for better or worse.

The most surprising box office performance of 2018 came just two months in with Black Panther.

Box office tracking a few weeks ahead of Marvel’s superhero flick suggested it could be headed for a $125 million debut, which would be an undeniable success. But even that tracking didn’t come close to accurately forecasting what an utter phenomenon Black Panther would become, as it opened to an insane $202 million and held rank at number one for five weekends in a row. With a final total of $700 million, Black Panther is now the third highest grossing film ever released in the United States.

It can not be overstated how extraordinary it is that a movie about a single Marvel character, who was largely unknown to general audiences a few years ago, managed to outgross an event, Avengers: Infinity War, that Marvel had been building up to for years as the grand finale of its multi-billion dollar cinematic universe. But while Infinity War may have had more hype from a storytelling perspective, Black Panther felt more significant as a cultural event, and as a standalone story, it was far more accessible to boot.

The horror genre has been on a roll box office wise, and A Quiet Place came along at exactly the right moment, when audiences were craving another genre film that was as smart and original as it was terrifying. With an instantly intriguing logline, stellar reviews, and an excellent marketing campaign, A Quiet Place reeled in viewers and opened to a huge $50 million. The film finished its run with $188 million domestic and $340 million worldwide.

That A Quiet Place was a success wasn’t necessarily surprising, but the degree to which it took of was. After all, it managed to outgross the much more expensive Steven Spielberg blockbuster Ready Player One domestically, something few saw coming. Even a $120 million worldwide finish would have been enough for Paramount Pictures to feel satisfied considering A Quiet Place’s minuscule budget of $17 million, but $340 million was nothing short of a home run, and another reminder after It that relentlessly scary horror films which respect the audience’s intelligence can really make a splash when properly marketed and positioned. 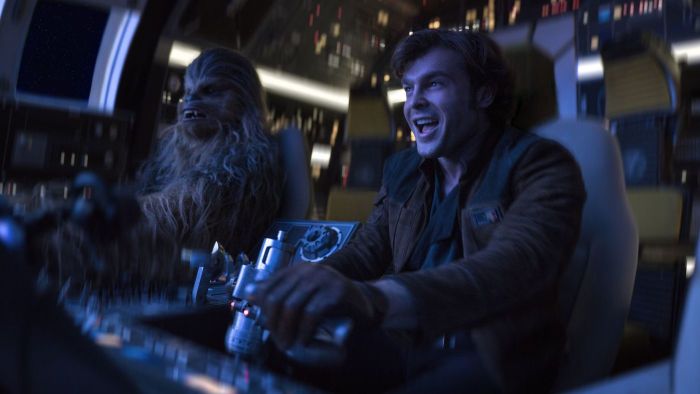 This was the year we learned that a Star Wars movie underperforming is even a thing that can happen.

The Han Solo prequel had been tracking for four-day Memorial Day weekend opening of $170 million or more, but box office observers were stunned when it fell significantly short of that, taking in just $101 million over those first four days instead. Solo finished its run with a mere $213 million in the U.S. Overseas, it tanked even harder, bringing the total worldwide gross to $392 million compared to Rogue One: A Star Wars Story’s $1 billion.

The reasons have been discussed to death, but to summarize, it seemed to be something of a perfect storm of poor placement five months after The Last Jedi, a mediocre marketing campaign, a competitive summer movie season, and a premise that audiences simply weren’t that jazzed about. In the end, Solo serves as a reminder that even a franchise as big as Star Wars is not too big to fail. Let’s hope Disney has learned a lesson that this series is best kept in December from now on.

On paper, The Meg had box office bomb written all over it: it was a film with a SyFy original movie level premise but an eye-popping $150 million price tag. And yet it opened to $45 million domestic and finished with $143 million and $384 million worldwide.

That comes down to two key factors, the most important being the release date. Warner Bros. wisely positioned The Meg to open in a light August far from the more packed May and in a slot where films like Guardians and the Galaxy and Suicide Squad had prospered in years’ past.

The PG-13 rating was also crucial. The Meg was, unexpectedly, tame enough that the whole family could enjoy it, and near the end of the summer, a giant beach-themed blockbuster really hit the spot. 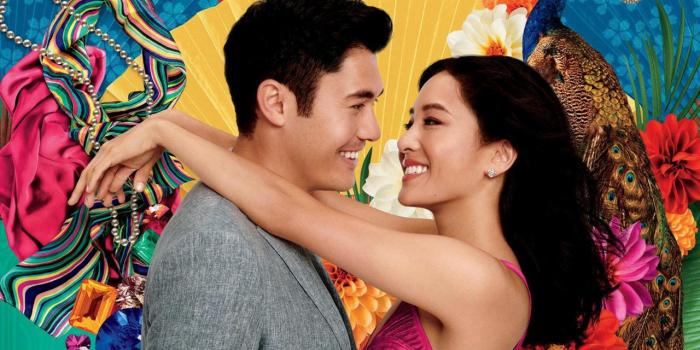 After Black Panther, we shouldn’t have been surprised that another film would come along and make bank while putting an underrepresented group up on the big screen, but it happened again with Crazy Rich Asians, the first American film with a cast consisting entirely of Asian actors in two decades.

The film’s opening weekend actually wasn’t anything too spectacular: $26 million. But what was stunning was that Crazy Rich Asians dropped just 6.4 percent in its second weekend. Most films fall between 40 and 60 percent in their sophomore outing, but this phenomenal hold indicated that audiences who weren’t necessarily interested in the film originally were inclined to check it out due to positive word of mouth and a sense of cultural significance.

Crazy Rich Asians continued holding well over the subsequent weeks, legging out to a $173 million domestic finish and worldwide total of $237 million. On a budget of $30 million, this was another big win for Warner Bros., the same studio that released The Meg weeks earlier. 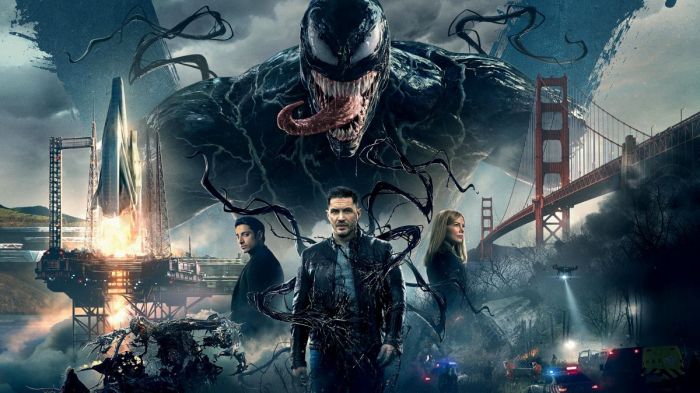 Sony earned widespread mockery upon announcing production of a Venom movie that wouldn’t even have Spider-Man in it. This seemed like the studio’s desperate attempt to spin up its own cinematic universe despite only owning a single character’s source material, and after the studio botched Spider-Man 3 and The Amazing Spider-Man 2, how could this be anything but a disaster?

But we were all wrong. Despite critics hating it, Venom had the largest October opening weekend of all time and went on to become the fifth highest-grossing movie of the year, thanks in large part due to its international performance.

This seemed to be an example of a film whose central image was so alluring that audiences were immediately drawn in, reviews be damned, and it didn’t hurt that Venom came along in a month when superhero films are virtually never released. The was a hunger for some more Marvel goodness three months after Ant-Man and the Wasp, and Venom, despite being fairly terrible and not even part of the Marvel cinematic universe, was enough to scratch that itch.

Critics had mixed to negative feelings about the Queen biopic Bohemian Rhapsody, but audiences were on a different wavelength. It rocked out with a great $51 million opening and didn’t slow down in the subsequent weeks with a current total of $180 million and a worldwide gross of $635 million as of this writing. It is now the highest-grossing music biopic of all time and the eighth highest grossing movie of the year.

The film may have had a lot of issues that critics felt bogged it down, but few could deny the power of the central performance, and prognosticators shouldn’t have underestimated the worldwide appeal of Queen. Sure, there might have been tons of narrative cliches, but with this being an opportunity to experience Queen music on the big screen, this wasn’t as important to audiences.

Fantastic Beasts: The Crimes of Grindelwald

The first Fantastic Beasts wasn’t as much of a hit as any of the Harry Potter films, but it got the spin-off series off on a decent enough foot, and most were convinced the sequel would take it to new box office heights. After all, this second installment was more directly connected to the original Harry Potter series, featuring the return of Dumbledore and Hogwarts.

But instead, The Crimes of Grindelwald disappointed domestically with an opening weekend of $62 million compared to $74 million for the original Beasts. It currently stands at $151 million in the U.S. and is sure to finish nowhere near close to any of the other Harry Potter outings. A more impressive international gross has saved the film from being an utter disaster, but with three more sequels left to go, Warner Bros. must be feeling nervous about Fantastic Beasts’ stateside appeal.