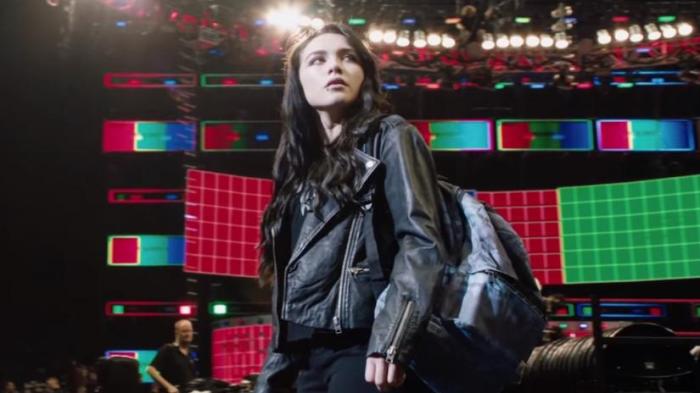 Professional wrestling is a fascinating art form. It’s far from a traditional sport and more like a combination of a live stunt show and a long-running soap opera. Clearly, given the number of people who dismiss the whole thing since it’s “fake,” it’s also fairly misunderstood, leaving room for a film to explore the inner workings of this world in an interesting way through the eyes of a newcomer. Fighting With My Family is not that film.

Instead, the new movie from Stephen Merchant and producer Dwayne “The Rock” Johnson has an odd relationship with professional wrestling, and it can never quite decide how much it wants to raise the curtain and let audiences in on the secret. Although it’s clear in the first act that wrestling matches have predetermined results and aren’t traditional competitions, by the time Paige gets into WWE, this acknowledgment weirdly starts to fade, and the film starts to be structured like any other sports underdog film.

In fact, once Paige is in WWE, never is there a single scene where we see her prepare for a match by discussing with Vince Vaughn’s Hutch Morgan whether she or her opponent is going to win. This all culminates in a truly weird final sequence, which builds up to Paige first winning the WWE Diva’s Championship during her Raw debut. In a bizarre choice, the film seems to imply that Paige actually does not know she’s going to win until she does.

Sure, that isn’t explicitly stated, but never in the long stretch of backstage scenes before the match is there any acknowledgment that Paige knows what’s going to happen. During a conversation with The Rock, which in real life is apparently when Paige learned she was going to win, that’s never brought up. When Paige ultimately defeats AJ Lee, it’s played very much like a traditional sports movie ending where the good guy wins the title through traditional means and is overwhelmed and surprised when they do.

But we all know this is not how wrestling works. How much more interesting would it have been to see Paige experience being told backstage that she’s going to win the title that night? Moments like these would have helped the film feel so much more authentic and set it apart from every other sports movie. Instead, we get an incredibly generic finale where Paige has what we’re led to believe is a traditional wrestling match, wins the title, and delivers a generic speech that never happened in real life all while awful inspirational music plays.

There are plenty of other issues of authenticity throughout, such as the fact that the film doesn’t really acknowledge that NXT is an actual show with champions and fans just like Raw and that Paige held the NXT championship before winning the Diva’s Championship. Issues like these are somewhat minor, but the result is a movie that’s unsatisfying for fans and I would have to imagine unsatisfying for non-fans too, seeing as it doesn’t adequately answer any of the questions they might have about how this world operates.

Sure, as a family drama, the movie certainly works, and it’s Paige’s relationship with her family that shines. But I can’t help but feel that the movie was ultimately set back by being produced by WWE itself, and although it’s just a theory, I have to imagine the company mandated that the film could not have any scenes of Paige learning she’s going to win a match as to not ruin the illusion that wrestling is real for young fans. So what we get is just a decent but instantly forgettable sports film that could have been so much more in different hands.